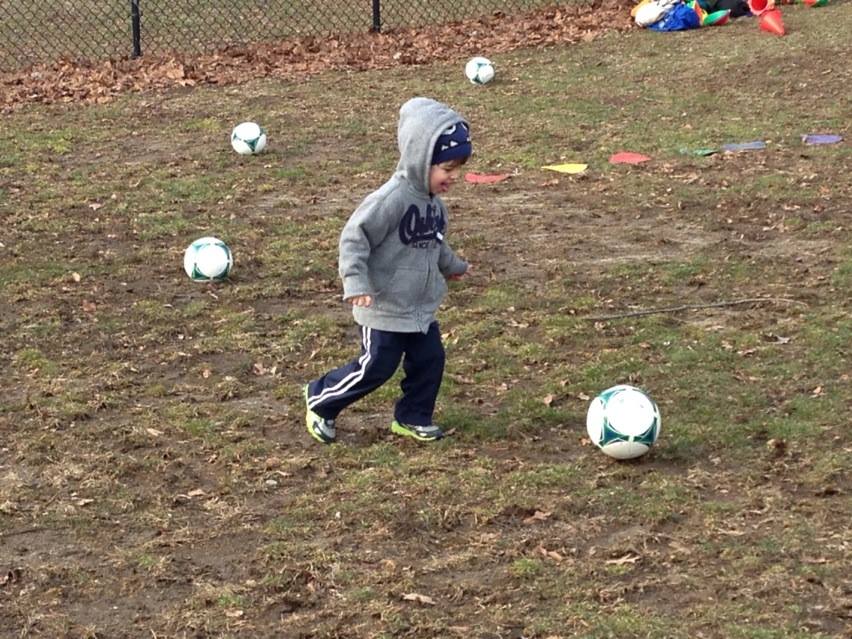 Like many people who have their first child, I was in a hurry to sign mine up for a lot of classes. Even though he was in full-time daycare, he had to have soccer, music, or something else on the weekends. And even that wasn’t enough, because then we would also try to fit in plays, museums, and whatever else we felt was lacking. When I became pregnant with my second child, I was forced to slow down a bit. At the time, my older son was in a soccer class on Saturday mornings, but that was it. I was so pregnant and uncomfortable toward the end, that I maybe made it to every other class, if that. 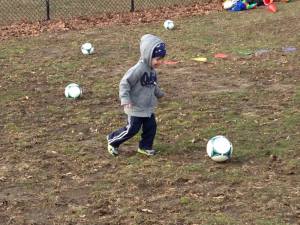 My older son kicks a ball at soccer class while I have to stand in a field for an hour very uncomfortable during my eighth month of pregnancy.

Now that my second child is almost a year old (where did the time go?), I realize that that soccer class last summer was the last one that my older son was in. We have been relatively busy, and with the getting ready and the travel, an hour-long soccer class could easily eat up three hours of time. And time is one commodity that is non-renewable.

The other thing is that there are weekends when I spend a lot of time and money running around to try to do everything, and in the process, feel like I’ve done nothing. Then, when I ask my son what about the weekend he enjoyed the most, he will almost always say, “Going to the park.” This is somewhat annoying to me because the park is free, you don’t really need advanced planning to go there, and it’s only three blocks away.

Generally I think I could have saved a bunch of time and money, and been more relaxed in general, had we actually planned to do less on the weekends and instead spent time just sitting around in the park. (That would be me and the baby sitting around, while the older one goes off and plays.) So this summer I am resolved to relax more and plan less! This is our last summer before the older child goes to school, and I want it to go by as slowly as possible please!