Yes! I am still going strong with this minimalist game! In fact, I just the other day found a box of CDs that are from our move in 2004! Yes, 2004! Eleven years ago! I immediately felt rage and disgust, and then determination as I dove right in and separated out the cases and paper for recycling. Most of them didn’t even have the actual CDs in them. It is amazing to me that I have been doing this decluttering for so many months and can still come across something as big as an entire box of CDs! 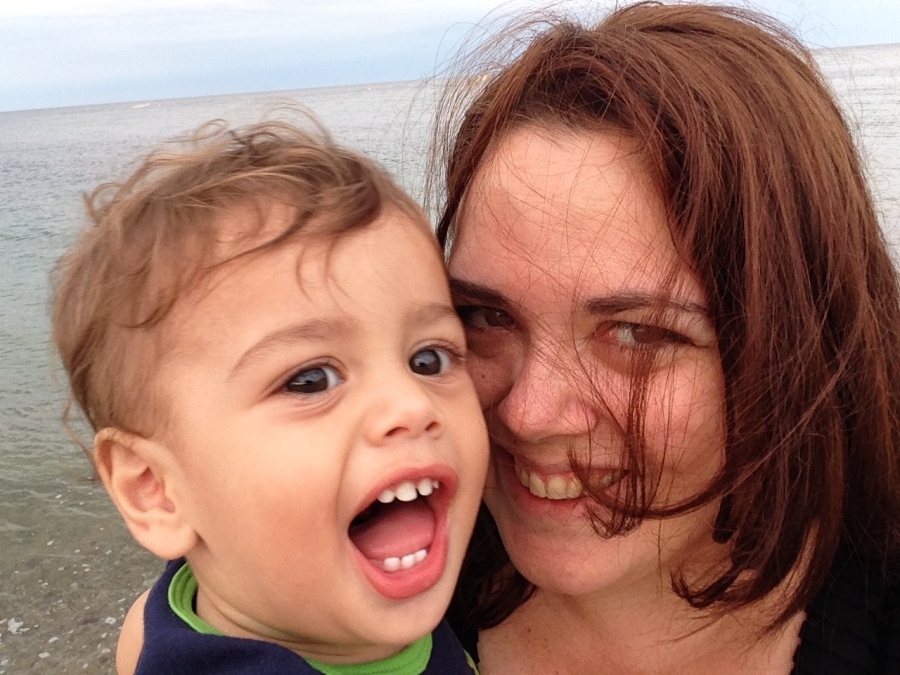 Last week I finished writing Fresh Blood, the sixth and final book in the VitC series. The next day, I left for a vacation to Cape Cod. We were with family, including our two children, who are almost five and just turned one. We stayed at a house on the beach, and spent most of our time outdoors doing stuff with the kids. 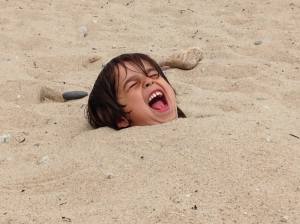 My older son, buried in sand and screaming! 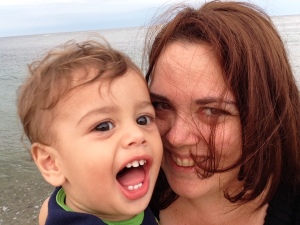 Me with my younger son, not buried in sand but screaming nevertheless!

At nights, after the kids were asleep, I busied myself with re-reading the entire Vampire in the City series. I wanted to take notes on the timeline, figure out what loose ends might need to be tied up, and just have it really fresh in my head for the edit of Fresh Blood. Somehow, I managed to finish the fifth book the day after we came back, and am now set to start on the second draft. While I don’t have an official release date yet, I’m thinking sometime around October 1st.

While I was re-reading my writing, some of it from about ten years ago, I was mostly struck with how much my protagonist has changed over the course of the series. In the first book she was sometimes awkward to the point of embarrassing me as I was reading it. By the last book she is much more sure of herself and proactive, instead of just reacting to the situations I put her in. Overall, I am pleased with this progression, and I hope my readers will enjoy the culmination of a series that has been very fun to write!